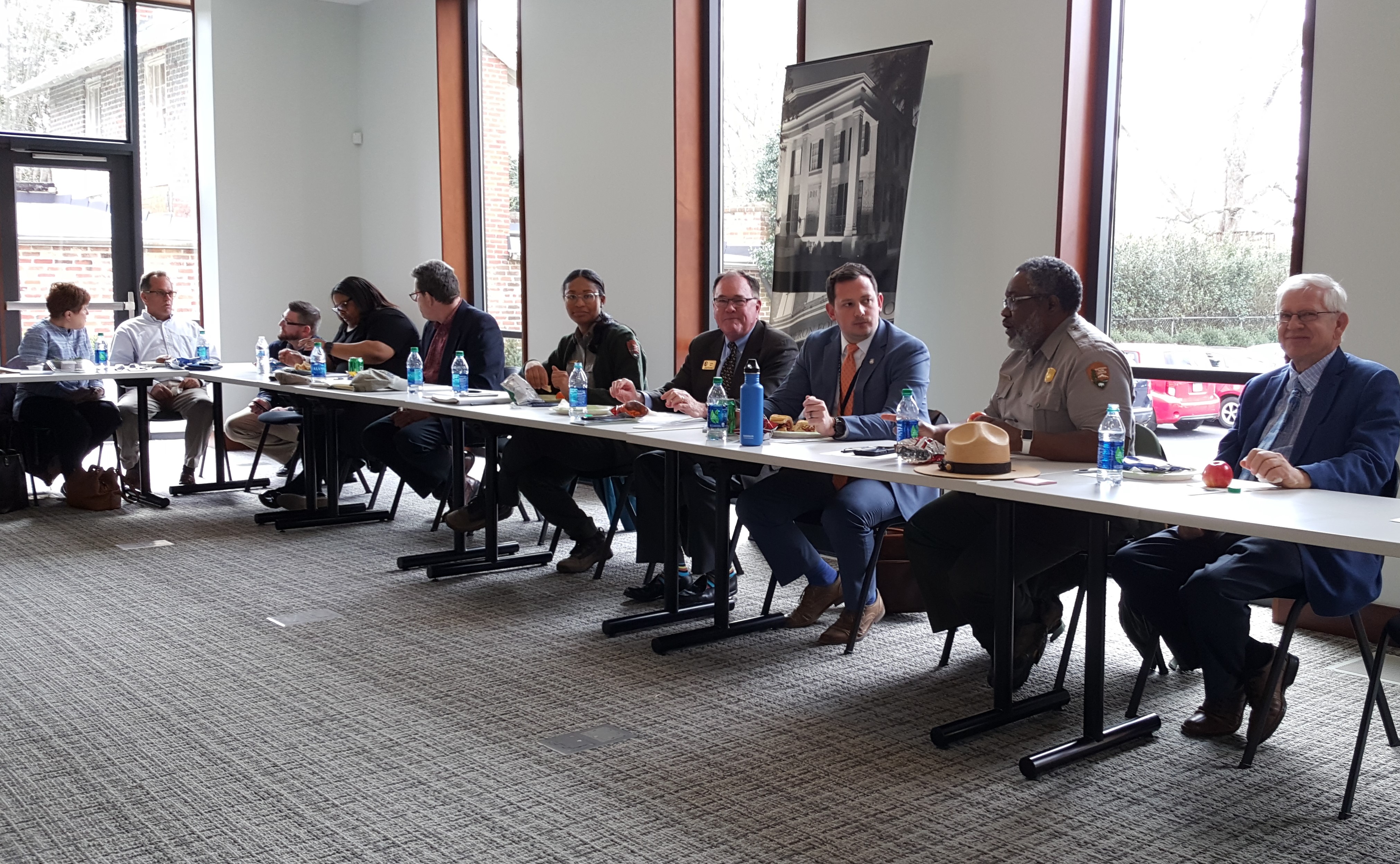 Petersburg, VA – An unprecedented 30 participants from all six localities that border the lower Appomattox River as well as from Crater Planning District Commission, Fort Lee, National Park Service, Virginia State University, and The Cameron Foundation met together with the Friends of the Lower Appomattox River (FOLAR) for the first time since the release of the Appomattox River Trail Master Plan in February 2017. The group represented staff from diverse departments including Economic Development, Parks and Recreation, Planning, and Transportation for a cross-cutting review of trail projects and progress on building the 20+-mile long Appomattox River Trail system.

The meeting, held on February 27th at The Cameron Foundation, was also an opportunity for these key stakeholders to meet with FOLAR’s new, Regional Trails Program Director, Heather Barrar, who came on in late 2018 to focus on realization of the goal to “Finish the Trail” through implementation of the ART Master Plan. Heather is uniquely prepared for the task, having worked as a Principle Planner and Senior Environmental Planner for Chesterfield County for 15 years where she led the development and successful adoption of the county’s Bikeways & Trails plan. Heather also has a Master of Environmental Policy and Planning and is a trained Forester and Certified Arborist. She served on the FOLAR Board of Directors for three years prior to joining as staff.

Ken Newman, Chairman and Wendy Austin, Executive Director of FOLAR opened the meeting and Heather then led the review of the primary trail route and current or near term projects with the group as well as introduced several FOLAR trail-related initiatives begun in 2018: Online GIS in partnership with Chesterfield County; Conducting bi-annual volunteer trail counts using a national standardized model; and a Partnership with the Crater Health District which has resulted in funding that produced trail signage in Petersburg and Hopewell and purchase of Trafx automated counters that will be installed along the trail. Priorities presented for 2019 include working with each stakeholder to obtain resolutions of support and inclusion of the Appomattox River Trail plan in comprehensive plans; Updating locality leadership and staff; Maintaining and increasing environmental/educational programs, both by FOLAR and in partnership with locality needs.

The discussion by the group included sharing of ideas, best practices, and recommendations for trail development, and funding in the region. The group also discussed how to best communicate and “connect the dots” on the direct benefit of completing the trail, including significant economic benefit, as well as, environmental protection, transportation, and public health. The group plans to convene annually and hold periodic content-focused roundtables in the interim. 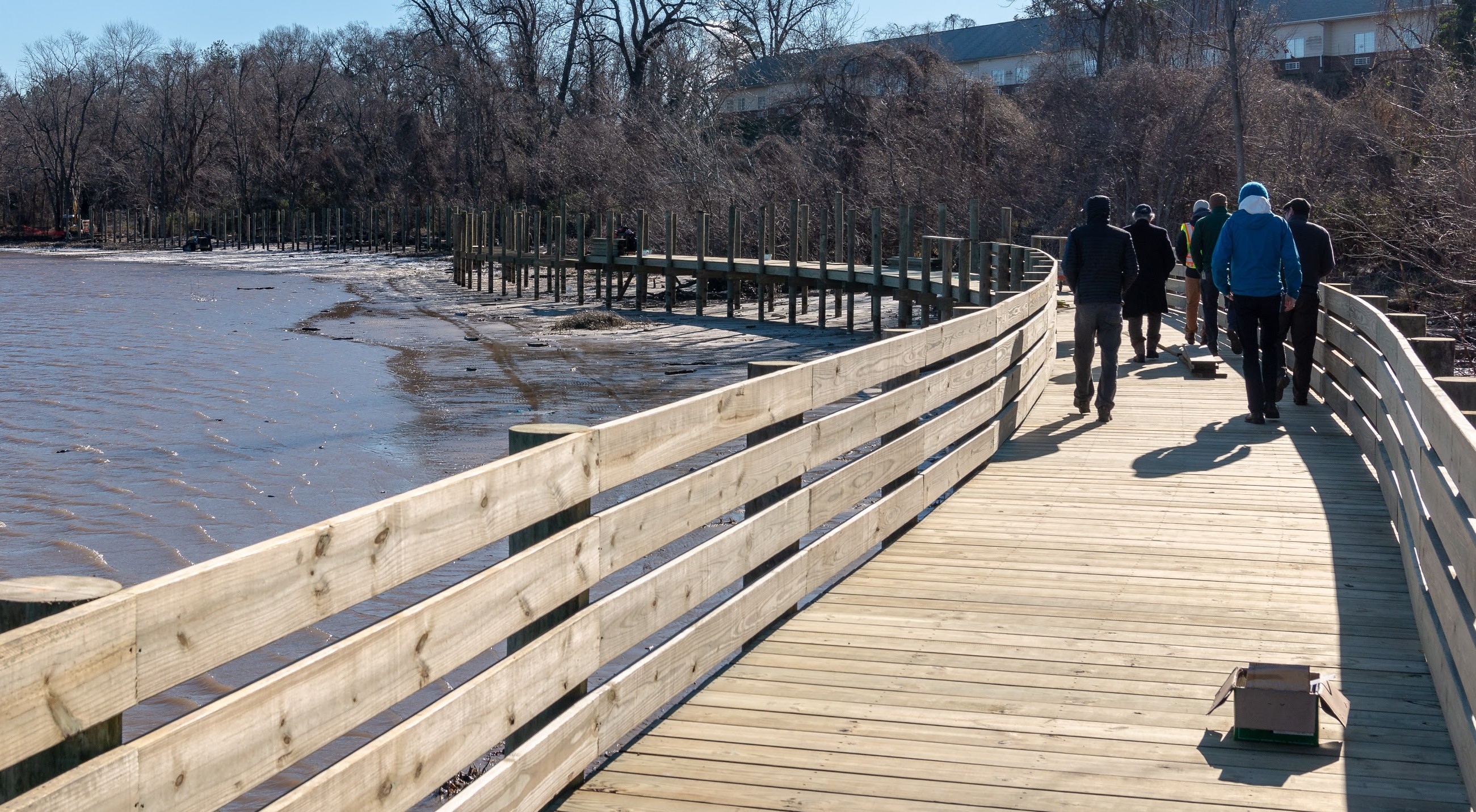 To complete the meeting, participants reviewed a video produced by the Hopewell-Prince George Chamber about the tour of the trail by Dutch bicycle and bridge designer Adriann Kok, which is also available on FOLAR’s Facebook page. Upcoming river activities were announced including the Annual Clean-up on March 30th and the 5K Trail Run and 2019 RiverFest on April 6th and 27th respectively and a reminder to everyone FOLAR is about two thirds of the way on the $100,000 Mary Morton Parsons Foundation challenge grant to FOLAR for trail development that will only be received if a matching $100,000 is raised by the community by May 2019.